There is a creek to cross.It is usually very shallow, in the neighborhood of 4-6 inches deep, but it can rise quickly during a heavy rain event.  If you cannot see the bottom all of the way across, you should carefully consider NOT trying to cross.  Latest dated picture on home page.

Use careful judgment before crossing!

The Southern Indiana Rifle and Pistol Club is organized for the purpose of promoting and supporting competitive shooting. The club not only supports competitive, rifle and pistol shooting, but also makes its facilities available to the club membership for non-competitive shooting as well. The club does this by having its facilities available for club member use when they are not being used for organized competition or other club sponsored activity.

Range courtesy and good sportsmanship is to be used at all times. 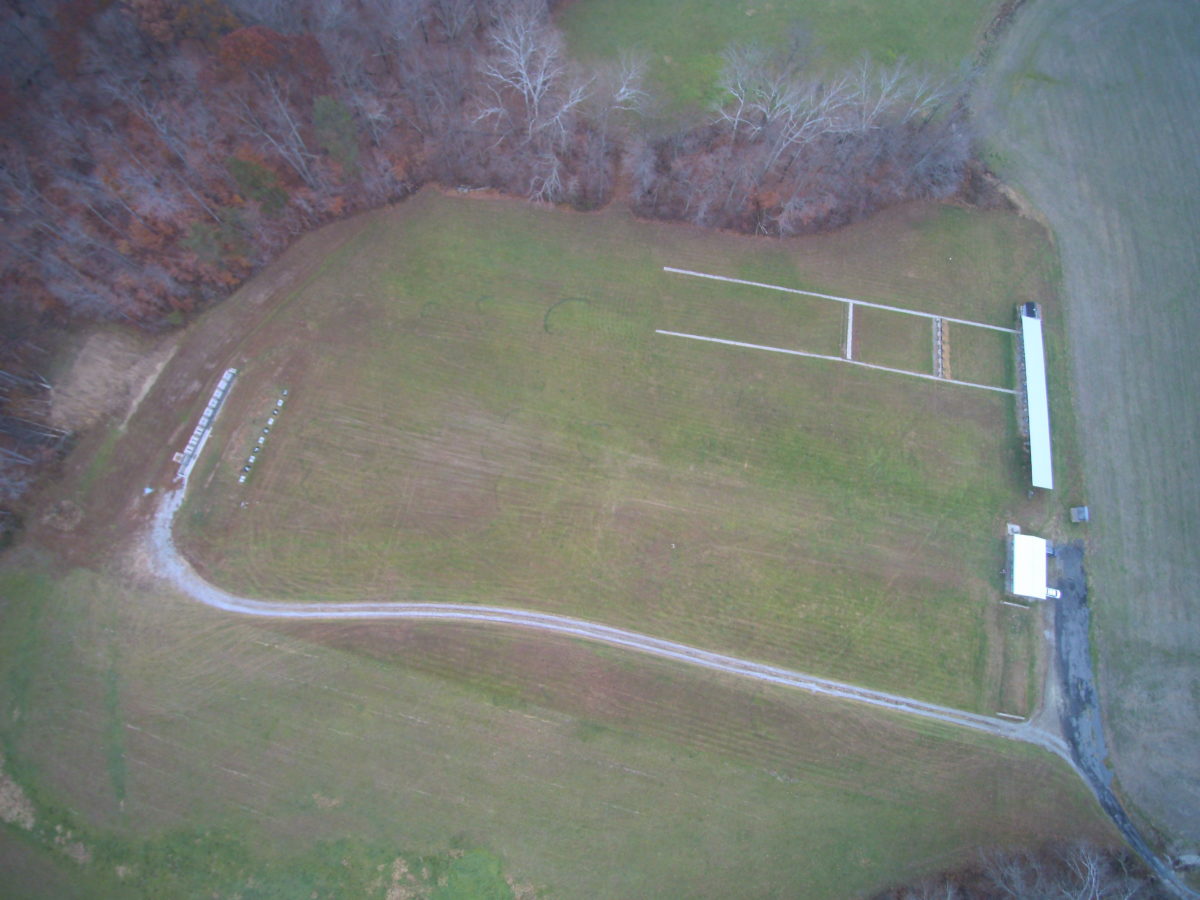 Here you see an overhead view of our outdoor 200 yard rifle and pistol range just outside of Borden, IN.

The 2 white horizontal lines are sidewalks out to 100 yards for small bore rifle targets, and the 2 vertical stripes are the 25 and 50 yard target lines for pistol matches.

Our pistol range has been updated to accommodate 20 shooters at one time. The trail at the lower portion of the picture goes to the 200 yard target berms and the bunker where the target inserts are stored.

The small rectangle at the lower right corner is the cover over 5 concrete benches.

Come on out and shoot a match with us, or contact me for me information:

Below you see through the covered benches down to the target area.

That is what the 200 yard target number boards look like with no magnification. 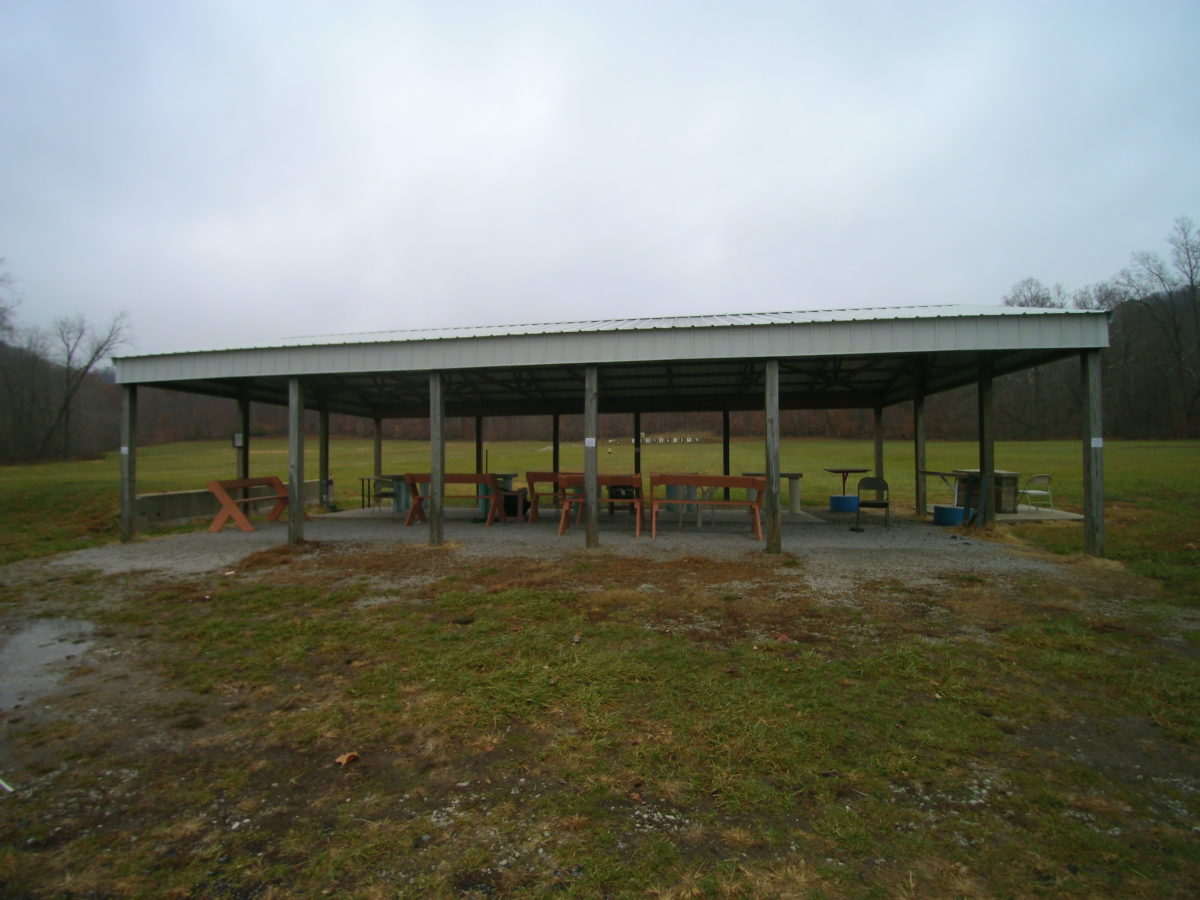 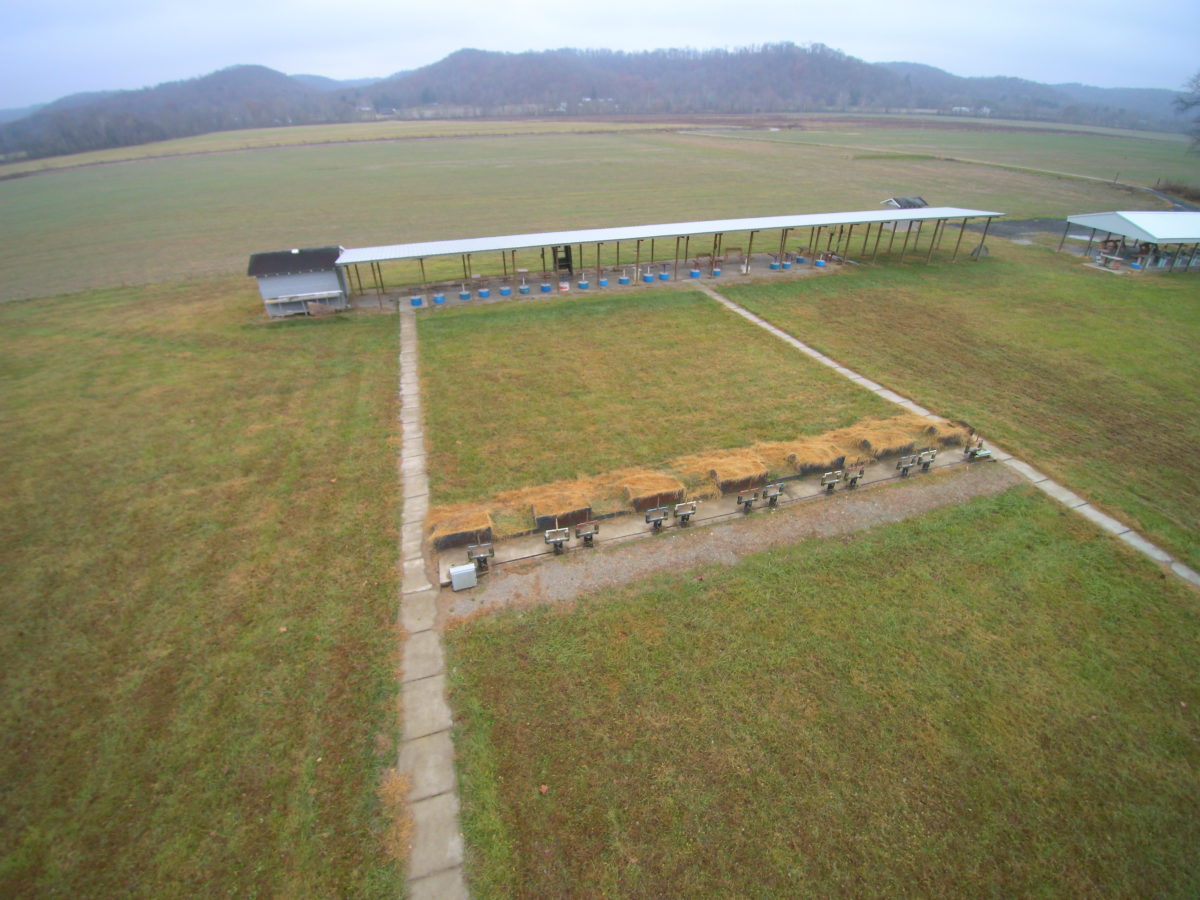 This is a picture showing an up-range view from the 25 yard line at the pistol range, clearly showing the turning target holders.

We currently have 20 turning target holders at the 25 yard line, with an option to add 2 more in a pinch.

The Kentucky State Championship match is scheduled for the month of May.

Here is a bird’s eye view of the pistol range looking towards the turning target mounts at 25 yards and the stationary line at 50 yards.

This has now been updated to 20 positions at the 25 and 50 yard lines. 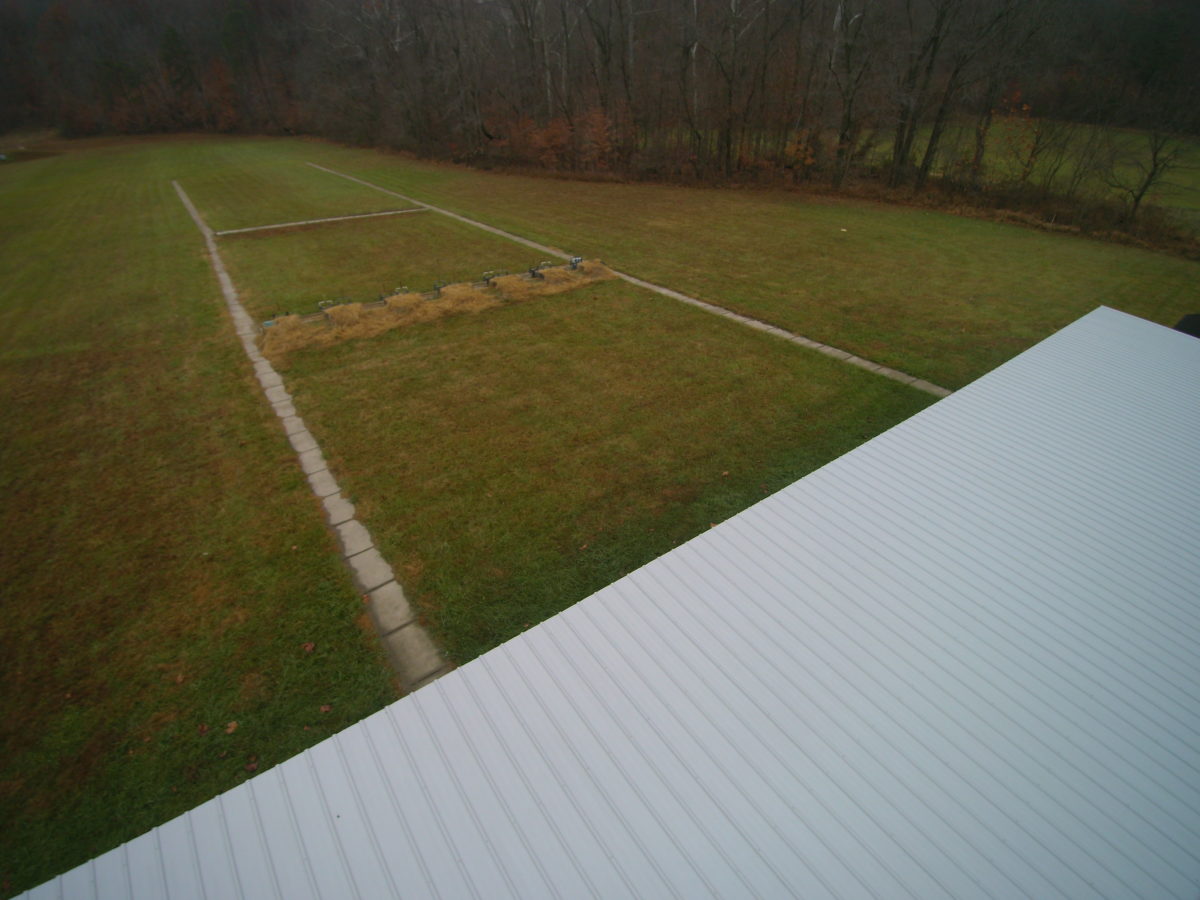 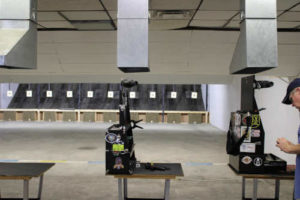 The indoor range has 10 firing points with turning targets.  Our monthly meetings as well as other activities are held there.  Our monthly meetings are the first Wednesday of the month and begin at 7 pm.  The range is open on Wed and Friday evenings for plinking and indoor matches consisting the National Match Course. The 50 foot National Match Course (NMC) consists of 10 shots slow fire in 10 minutes, 10 shots in 2 strings of 5 shots each in 20 seconds with turning targets and 10 shots in 2 strings of 5 shots each in 10 seconds turning target. The indoor Wed night firing may not done on the 2nd and 4th Wednesday during the summer months because the pistol team practices at the outdoor range on the 2nd and 4th Wed of the month, 4pm till dark.  You must be a member to shoot at the indoor range except all sanctioned matches are open to the public.

We also have a Meeting room where we hold our monthly meetings,  They are held on the first Wednesday of the month unless it is a holiday then we will put a notice in the previous months newsletter to advise of the new meeting date.  We also hold our M1 Garand CMP clinic and F class clinics here as well. 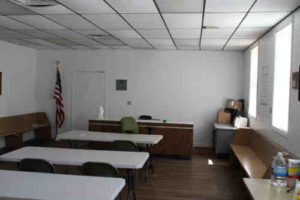